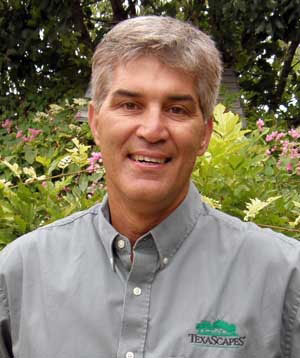 How to Get Rid of Fire Ants

I personally use the Texas Two-Step Method for imported fire ant control at my home, as well as for all my commercial grounds maintenance.   It is the best balance between being “green” – “cost effective” – and “reasonable control”.

The first step should be taken twice a year.

Fire ant activity is at its highest point each Spring and each Fall as the temperatures begin to moderate to a point where people want to be outdoors and we start getting some rainfall.

Begin by looking for fire ant activity during the mornings and evenings. Watch for fire ants running along sidewalks, curb lines, or other similar transitions, or by monitoring a sampling of peanut butter placed within the landscape.

When Fire Ant activity is noted, broadcast a fire ant bait such as Logic or Award in strict accordance with the label. This bait targets fire ants and is a soybean granule treated with a product that acts as birth control to the queen fire ant.

The workers collect the bait and feed it to the queen who begins to produce sterile offspring queens. The mound begins to die from attrition, as the queen(s) are not producing any new ones.

Within two weeks the Fire Ants will notice the declining population of their mound, and enter a paranoid panic that you will see by their attempt to spread out and start new small mounds. It’s at this time they become more aggressive. Fortunately these new mounds have sterile queens and their population continues to die off.

The second step should be performed in high pedestrian areas within five to seven days of the bait application, and continued on an “as need” basis when new mounds are seen. Treat each mound with a contact insecticide that is labeled for fire ants. This will kill most of the ants and cause the survivors to move on. To stay as “green” as possible, you should use products with an active ingredient of Pyrethrum, available from many manufacturers. Although Pyrethrum is a botanical insecticide active ingredient, made from Chrysanthemum cinerariaedfolium flowers, it is powerful and should be used by strictly adhering to the directions on the label.

Fire ants are definitely here to stay, but I typically obtain an estimated 80 percent to 90 percent control by using the Texas Two-Step Method of fire ant control.

Email Richard with your gardening questions at: Ask-GreenGardener@wbna.us