One of our neighbors, Joy Hall Bryant had a great idea for a series of articles on common Traffic Questions.  Fellow WB resident, Travis County Sheriff Deputy Deke Pierce offered to answer the questions she posed.  We’ll be featuring one subject an issue for the next few months and would love to hear your questions/suggestions for more articles at info@wbna.us.

Thanks, Joy for coming up with the idea and thanks Deke for clarifying traffic laws for us! 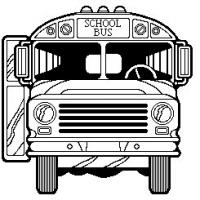 Passing a School Bus or Not

An operator on a roadway, when approaching from either direction a school bus stopped to receive or discharge students:

Shall stop before reaching the bus when the bus is operating visual signal, (flashing red lights visible from 500 feet in normal sun light) and may not proceed until; the bus resumes motion, the operator is signaled by the bus driver to proceed, or the visual signal is no longer activated.

An operator on a roadway having separate roadways is not required to stop.  Separate roadways means there is an intervening space on which vehicles are not permitted to drive, a physical barrier, or a clearly indicated dividing section constructed to impede traffic.  A roadway only separated by a turn lane is not considered separate.

The total fine including court cost for passing a school bus with lights activated is $605, up to 1 year in jail if the driver causes serious bodily injury and a state jail felony if a person has been previously convicted.