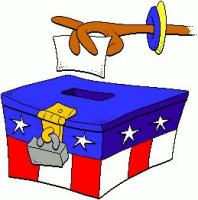 This long election season has finally come to an end, and the votes have been counted.  Wells Branch made its voice heard and turned out a significant number of voters.  Turnout for the 2012 election was comparable to countywide and statewide totals, though for the most part, turnout here was equal to what it was in 2008.

The Travis County portion of Wells Branch consists of precincts 215, 216, 225, and 229.  The total number of registered voters in those precincts is 10,572.  The total number of ballots cast was 6070.  This means approximately 57% of registered voters in Wells Branch turned out to vote, either during early voting or on election day.

Looking at votes cast down ballot, however, a disturbing trend emerges.  Depending on the race, less than half of voters cast votes in non-partisan races such as MUD board director, Round Rock ISD trustee, and Austin Community College trustee.  This held true in all four Travis County precincts, and the lowest number of votes cast happened in the ACC races.   As an example:  Precinct 229 cast 1367 total votes this year in the presidential race, but only 403 in the race for ACC Trustee Place 9, 434 in Round Rock ISD Place 7, and 1008 in the WBMUD Director Place 4 race.  The drop-off is typical down-ballot, but is disheartening, as the lower a race is down the ballot, the more effect that position has on our day-to-day lives.

Increasing voter turnout is a crucial civic duty for our neighborhood.  We have learned that one way to have our needs addressed by our local elected officials is to show them that we are engaged, and the easiest way is by voting.  The WBNA works to inform voters of their choices in a non-partisan manner, and we encourage new ideas and your participation informing our neighbors, registering voters, and reminding each other to vote.